It has become the time to leave Thailand and its awesome and friendly people and beautiful nature (Lamru National Park in Khao Lak offers both). Next stop: Malaysia. Here is what we have done and learned since the last post: 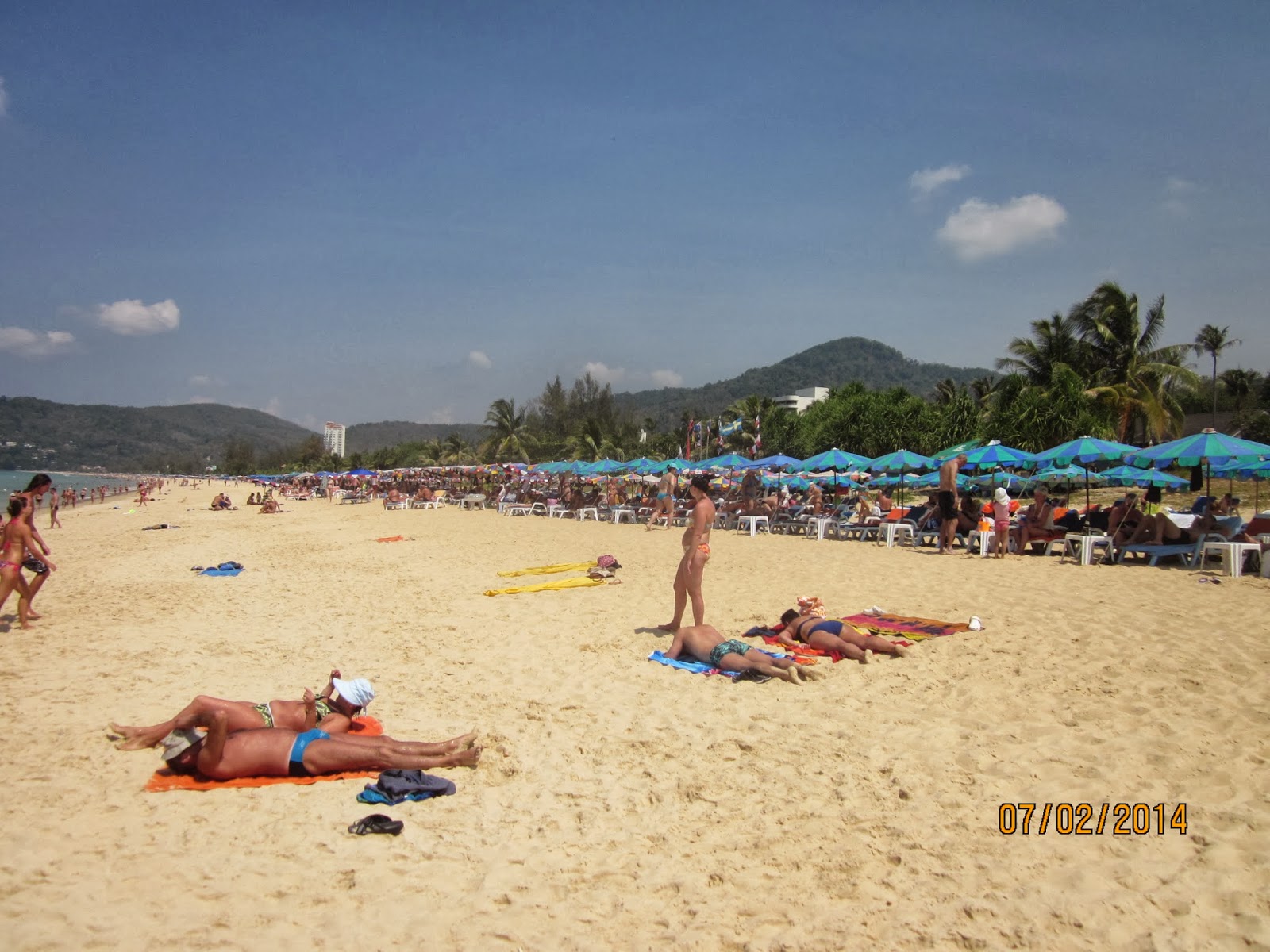 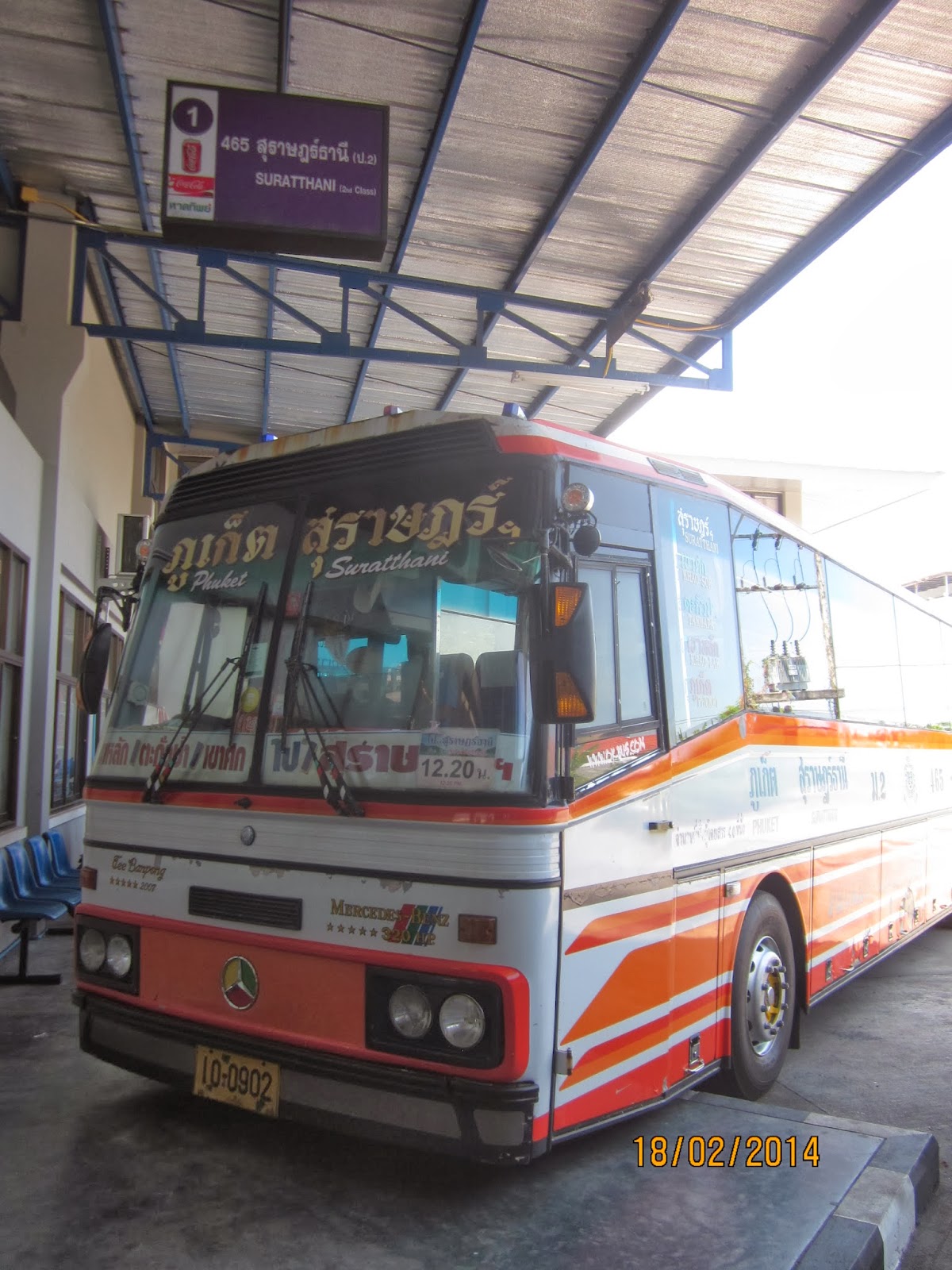 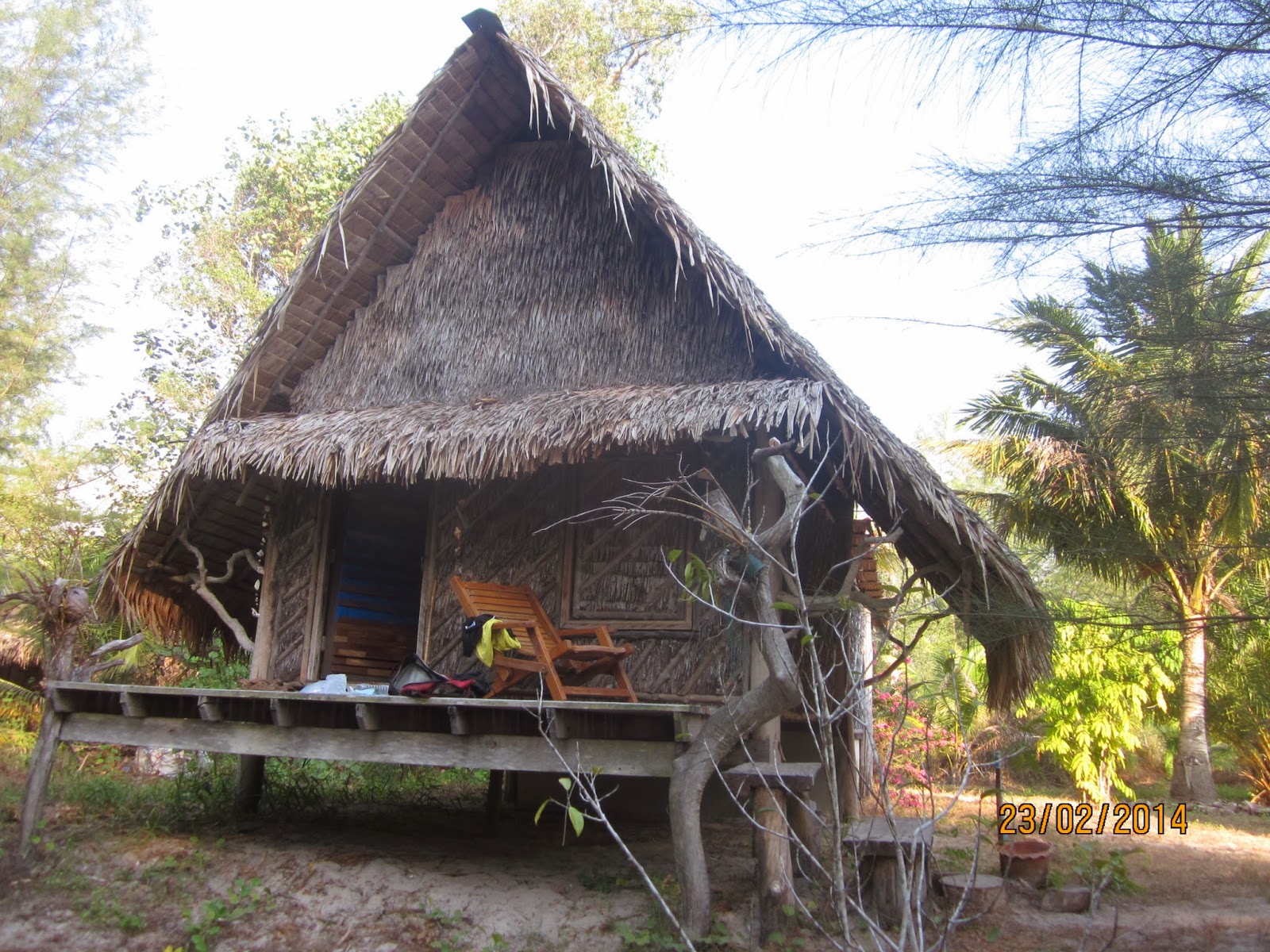 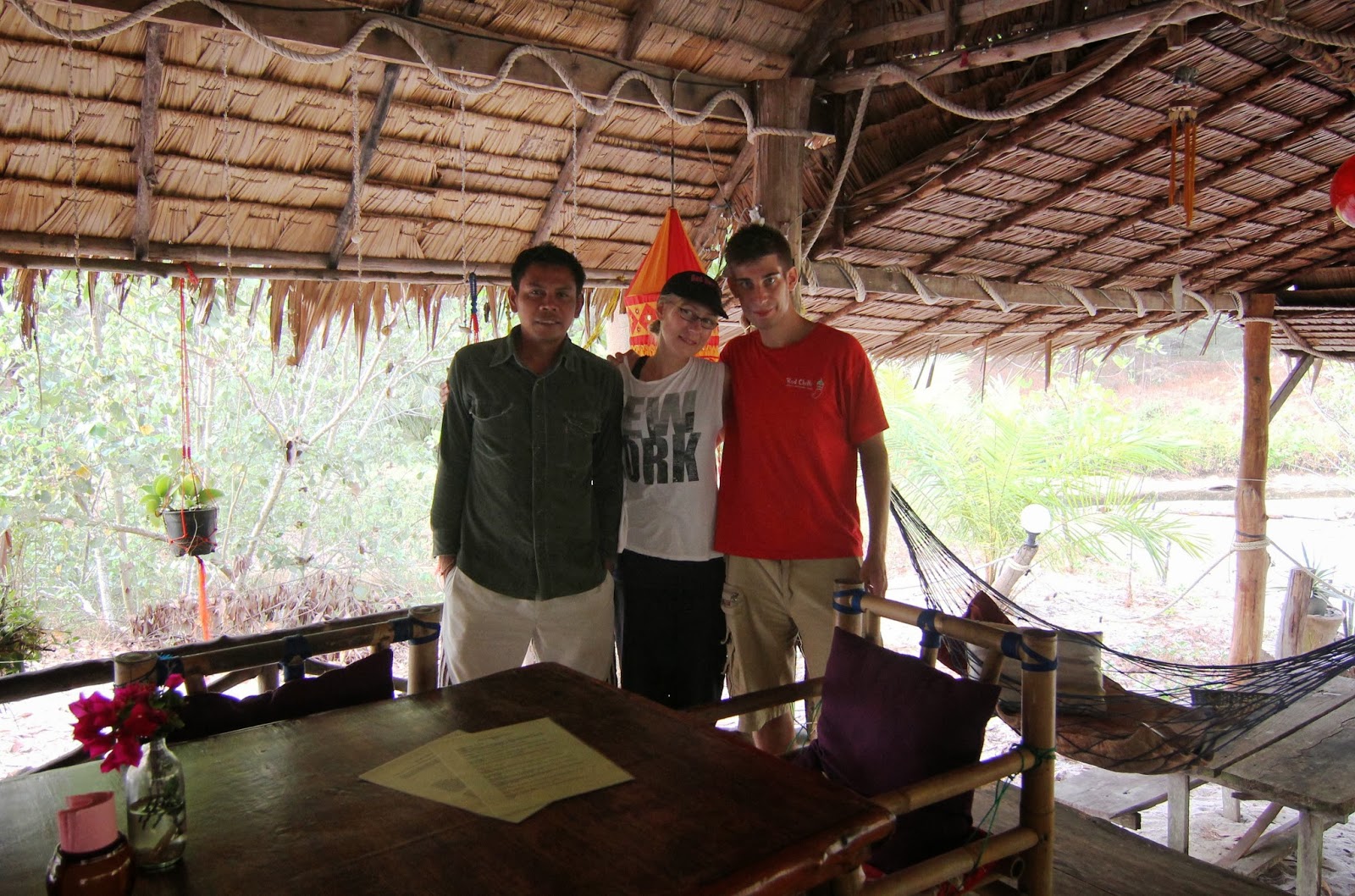 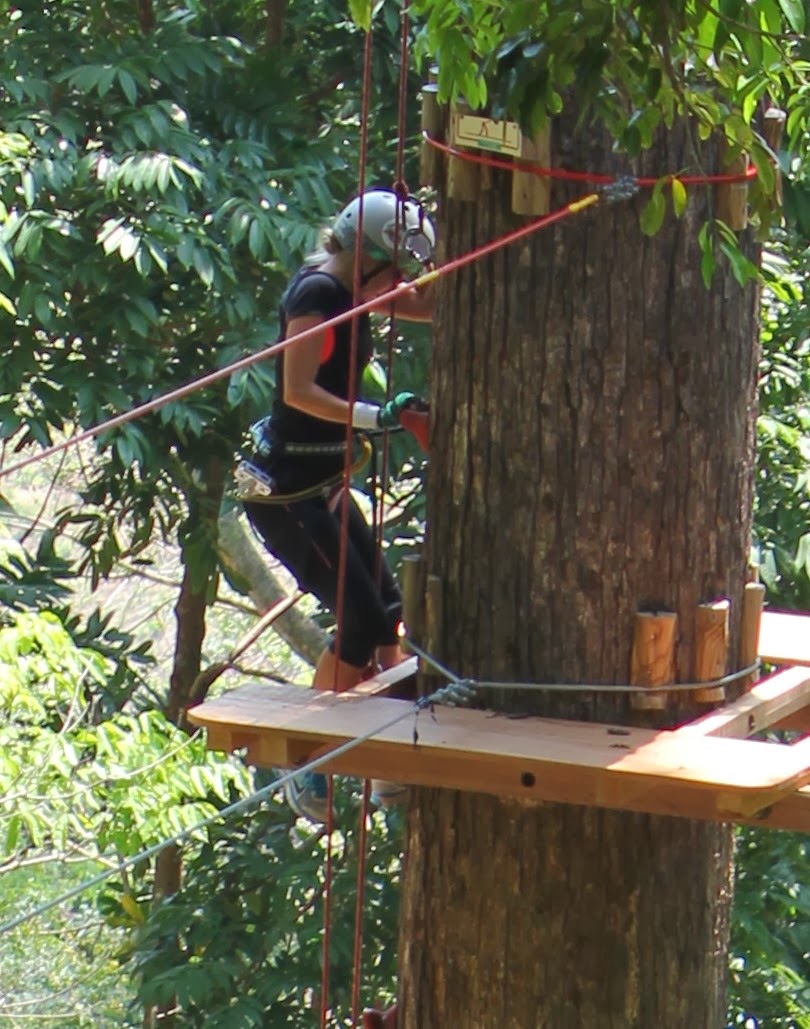 We arrived to Thailand one and half weeks ago. Since then we've stayed in 4 different hotels, the absolute winner in quality, service and facilities being CC'c Hideaway at Kata Beach, Phuket. A swimming pool with clean water and rainbow colored beach balls, and complimentary coffee delivered to your room in the morning; do I need to say more..?

It is damn hot here in Phuket. One would think three weeks in Goa prepares you for dealing with burning hot sun and humidity, but no. Hiding from the weather in our hotel room or a restaurant with an A/C has become a daily routine for us. Swimming in the sea makes it a lot better, but seriously, it is almost a five minute walk to the beach from our current hotel, who wants to go through all that trouble just for cooling down in the blue, clear watered ocean, or sun bathing on clean, white sand? (Okay, fine, we do, and have!) 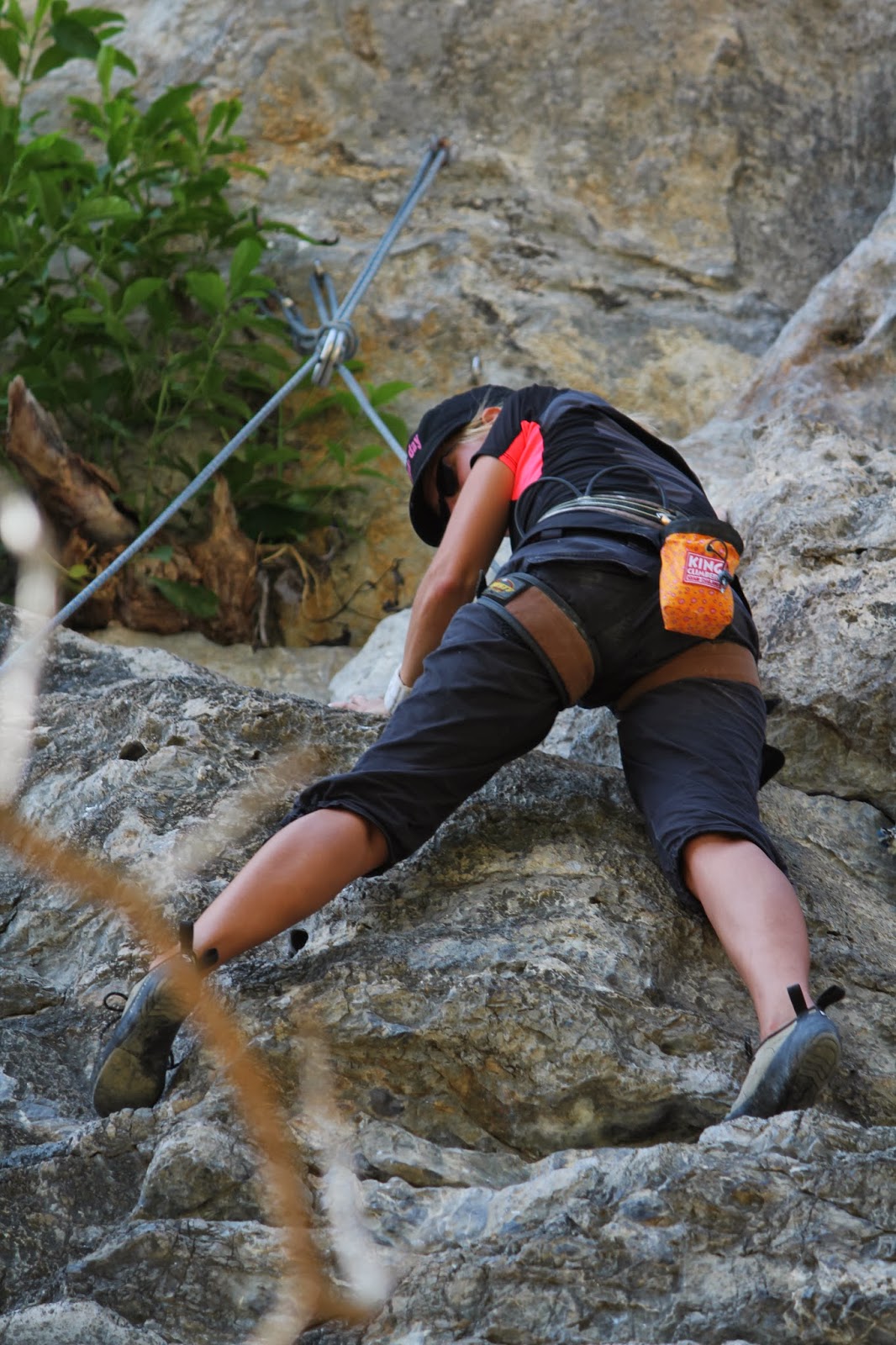 Besides trying not to melt, we have also been slightly active while in Thailand. As a matter of a fact, so active that we gained some sore muscles and a ton of new bruises and scratches by trying rock climbing in Railey Beach. The trip was organised by King Climbers, and we really have nothing to complain, the opposite really. The trip cost us 1200 THB per person, and it included a pick up from our hotel in Krabi, water, equipment, instructor and insurance. In the end, the instructor was the only thing that got me up that cliff; he really would not let me come back down from the two meters where I got my first "no way I'll be climbing up there!" moment. Rather, he told me to simply let go, lean back and see for myself if he'd really let me drop. Well, he didn't, but also wouldn't let me give up (although I told him to let me come down), so all I could do was to climb all the way up. Every time I couldn't find a hold he'd tell me from the ground where I could find one. The second time I climbed (yes, it was so freaking awesome I gave it a go again) was much faster, and I felt almost confident. Okay, fine, yes, he did help me a lot with the safety rope, and I probably would have fallen like 27 times and broken my neck, but damn, I'm proud of myself. Ari climbed three times, the last time being according to the instructor about 20 meters up. The feeling of overcoming yourself was totally worth the time and money but there are two things you should NOT think while up in ten meters: "Holy shit, the only knot attaching the safety rope to my harness was tied by me", and "Holy shit, what if the next hold I put my fingers into is inhabited by a humongous spider?". However, the knot held, and I was only accompanied by a tiny lizard. 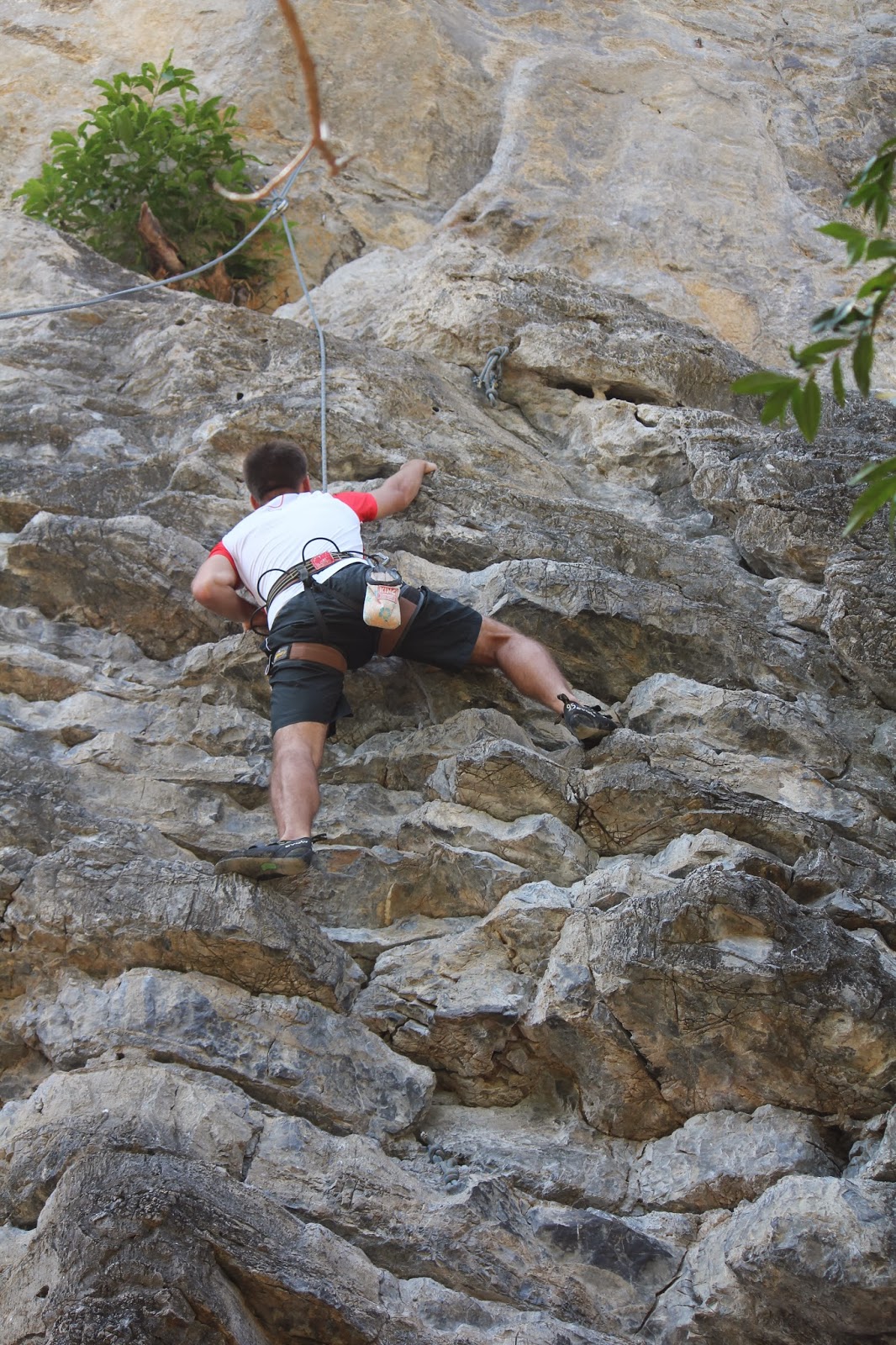 Currently we are at Karon Beach. The place is filled with Finnish, Swedish and Chinese tourists, accompanied by unrealistically beautiful young Russian couples, and odd Middle-Europeans and Americans. You can get anything here, all sorts of hygiene products, medicine, food, clothes, accessories and luxury items are sold in various shops at the beach, some of them actually genuine, not counterfeits (I found Fazer's Turkin Pippuri!!!). We did notice that the prices of everything have pretty much doubled since India, but everything is still far cheaper than in Europe. Business seems to be quite good, the locals own shops and restaurants, which are packed at nights; the 2004 tsunami has left its marks, but the area has been rebuilt and tourists are back. Although one local tailor told us the business never fully recovered, mostly it seems life here is pretty good nowadays.

Speaking of Finns, there is no escaping from them (us...). Once again we've had some as next door neighbors in a hotel. It's okay, though, because it helps us with this little game of us, called "Spot a Finn." Not difficult to guess the rules, is it? However, this other little game we're playing, has turned out a bit more challenging, with only one score so far. It is called "Bongaa sauvakävelijä", and the only occasion of seeing anyone with walking poles was at Goa. I have once seen someone doing Nordic Walking in China, so maybe that's where we'll gain our second point. 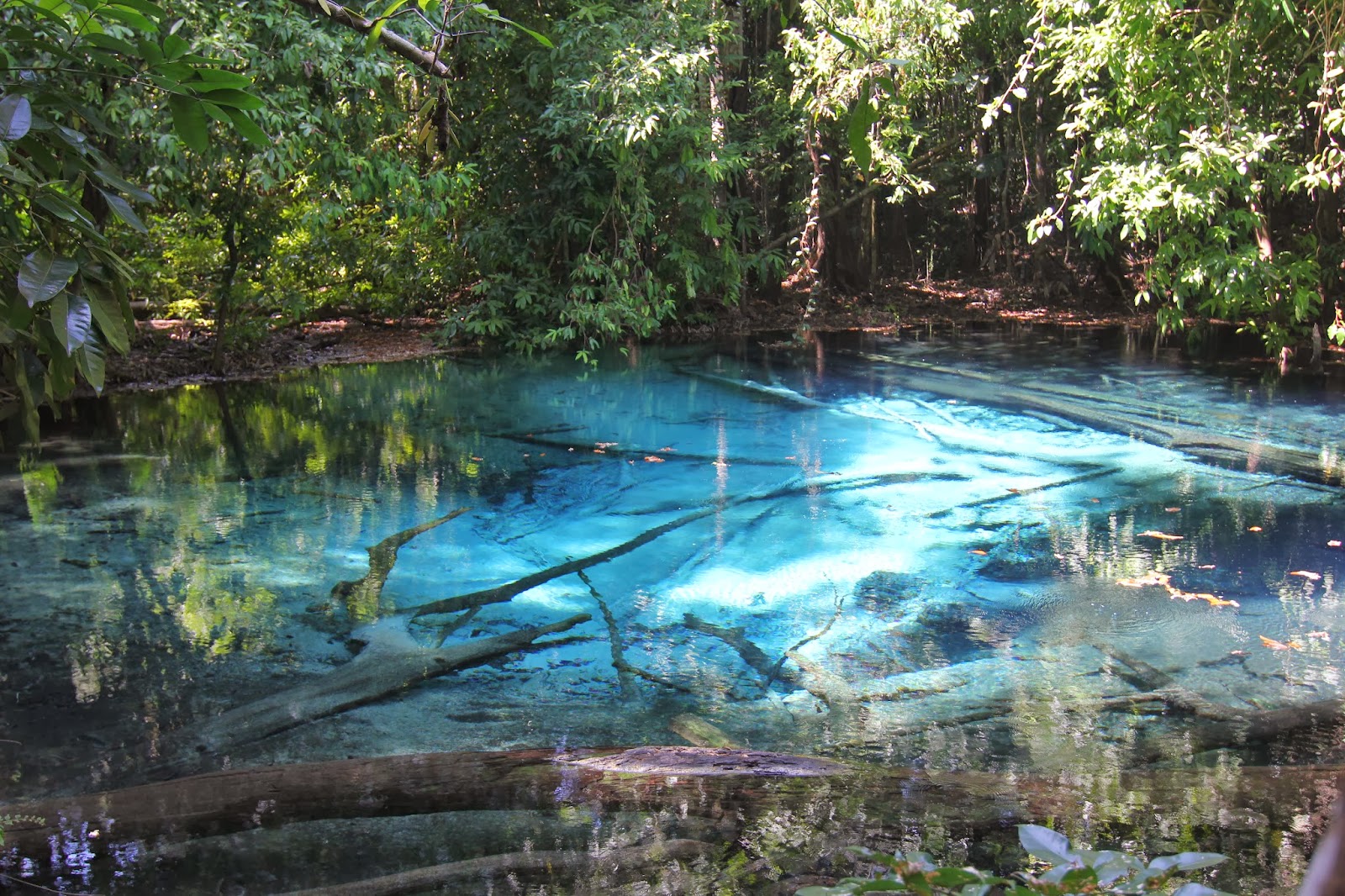 We also went to see some hot springs (lukewarm water with way too many other people), Emerald Pool (lukewarm water with slimy rocks) and the Blue Pool in Krabi. After that we went elephant riding, which made at least me feel a bit controversial; the animals seemed fine, well fed and they were not aggressive or anything, but how okay is it to use them just for entertaining people? And anyway, it was a very short ride, the guide did not speak a word of English (apparently quite usual here), and it was really hot, so I don't think it was worth the money. I would imagine little kids may like it, though. 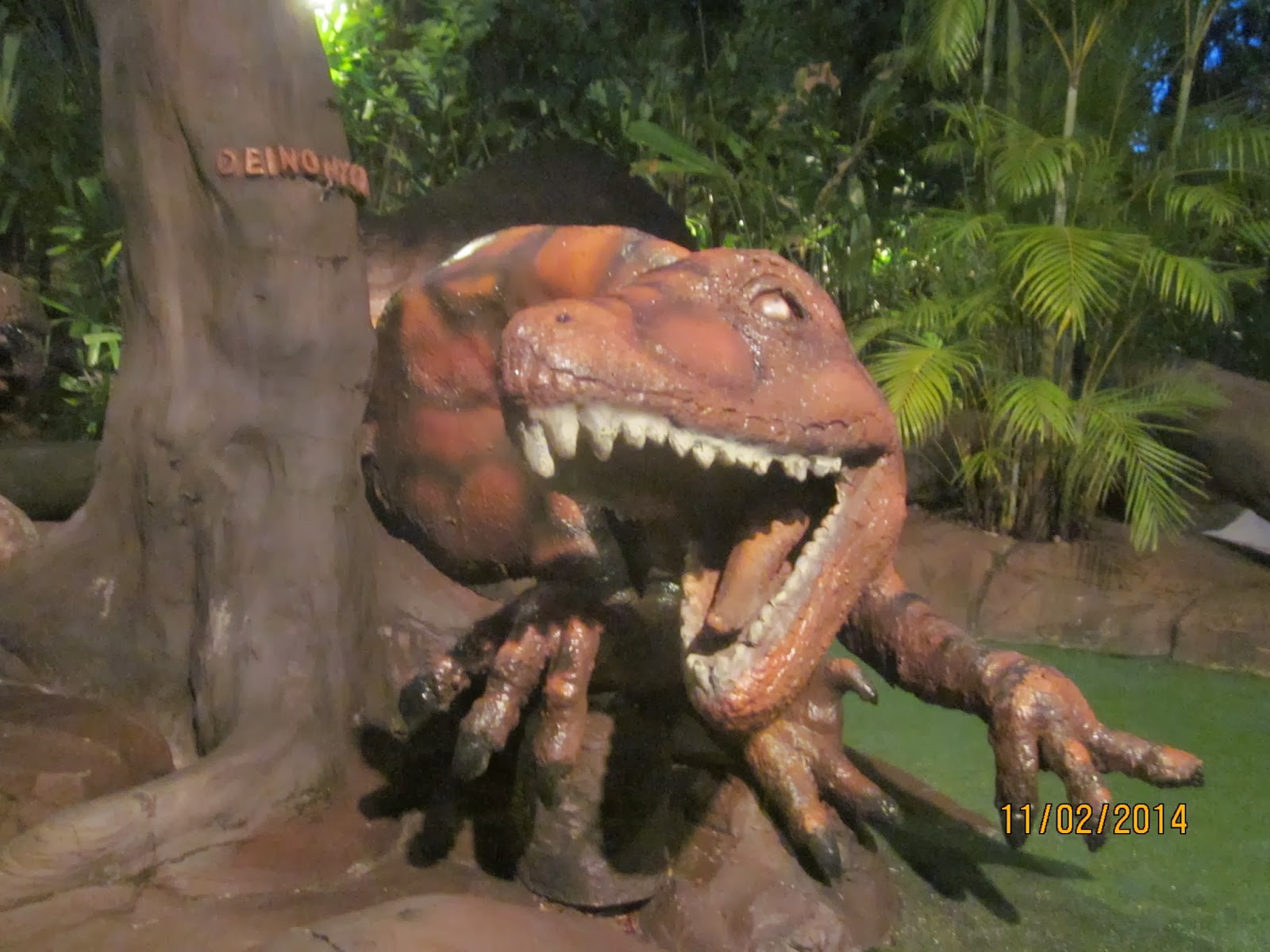 Next on agenda is also some sort of animal-related activity: we're going to check out Dino Park, a mini-golf course at Kata Beach. Tomorrow we'll pack our stuff again, and head to Patong Beach. More sun, sea and cheap beer!

P.S: There is only so much fun you could expect to get for 240 THB per person, but oh dear the Dino Park was awesome!!!!