We left Palolem Beach last week, went to Panjim and decided to go see Arambol Beach. You can imagine what a surprise it was to learn we had arrived to Russia instead. All the restaurants here have menus in Russian, and it seems that the language they greet you in is Russian. Frankly, it seems that knowing Russian would be more practical here than English. However, Russia does seem a lot like India in so many ways, that we have come into conclusion that a whole Indian beach has been moved to Southern Russia. Or maybe it has something to do with those 4 charter flights flying from Russia to Goa every day, and we, as a matter of a fact, are actually in Arambol, Goa. Oh, and what they sell here called as “Russian salad” is really good! You just have to be careful to avoid the most Russian part of the beach, the south end, not because of the people, but because the prices there are practically twice the prices at the north part of the beach. 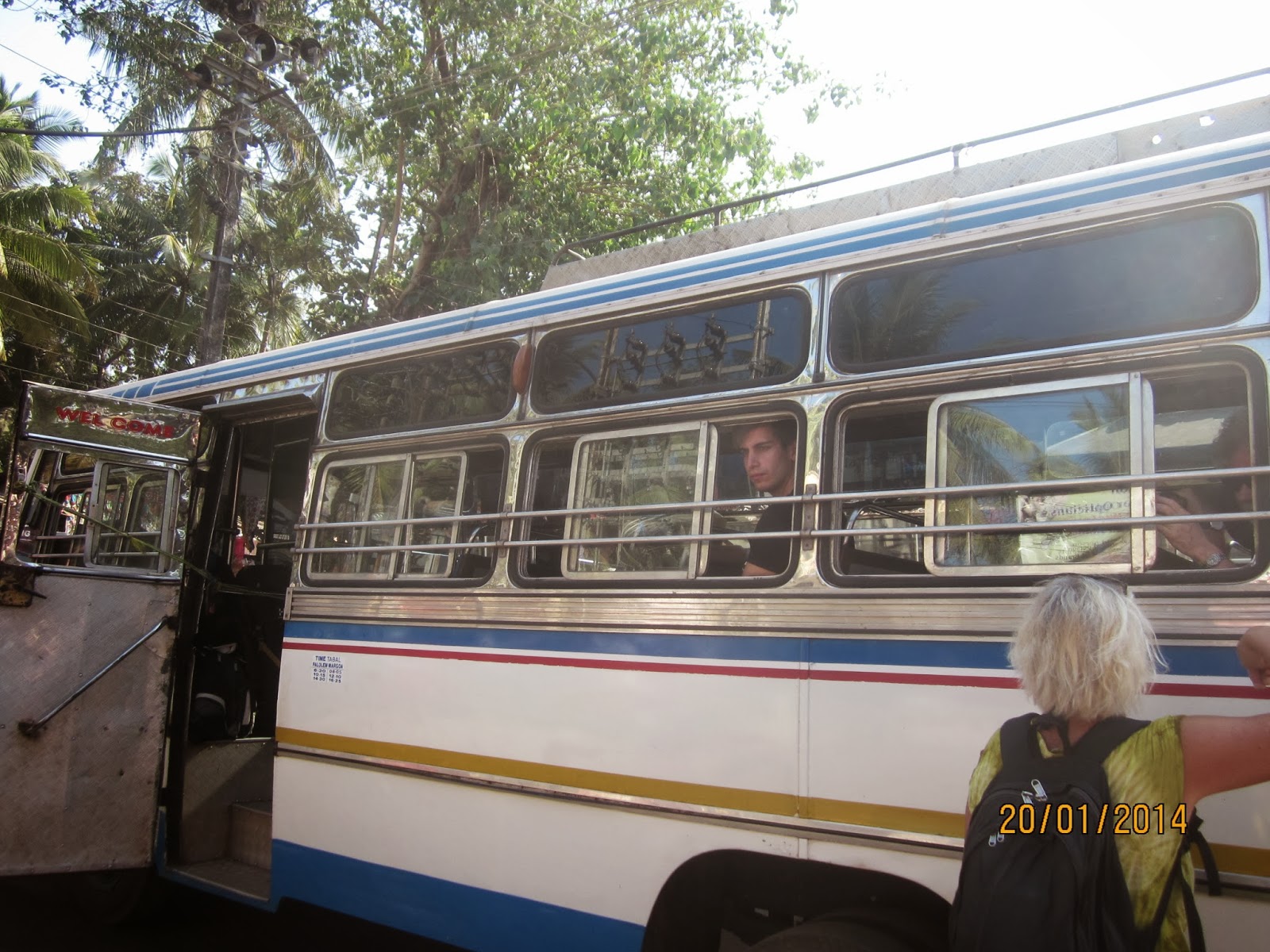 Arambol has more services, than Palolem, but is also a lot more hectic. You can walk along the shore for 5 kilometres and nicely burn your skin and spot some banana hammocks (seriously, guy, WHY??!!). You can withdraw money at the exchange shops, and they only charge you 2 percent, without your bank ripping you off with service fees. You can get a manicure and pedicure for around 1000 rupees, and your laundry done for 5 rupees per item. Nearly all the restaurants have a free Wi-Fi, and the power blackouts are not as frequent as in Palolem. Pretty awesome.


We are staying in a place called Laughing Buddha, for 500 rupees per night. The place is run by a British man called John, and has really good service, live music on Mondays and a night guard. And it seems that no matter where you go, you will eventually run into other Finns. The walls of the huts being practically made of paper, such things as “privacy” or “Finnish as a secret language” can be said good-bye to, when one of the said Finns turns out to be your neighbour :D 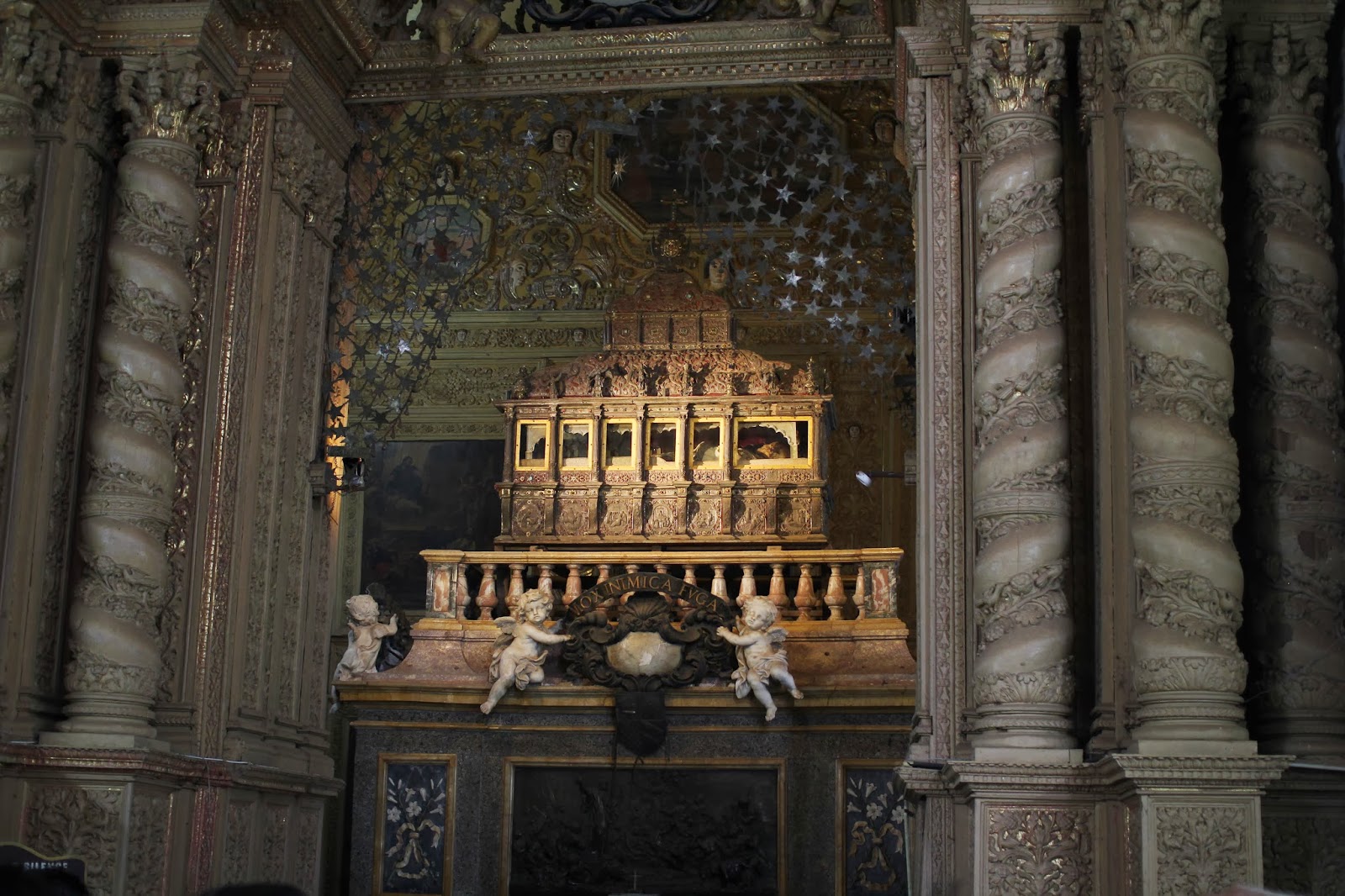 Between Palolem and Arambol we stopped in Panjim for two nights. From there we took a bus to see Old Goa (20 rupees one way for two...). The city used to be the state capital while Portuguese were in charge of the area; from the 16th century to 1960’s. In Old Goa you can find, well... old stuff. Churches and a basilisk, catheters and museums are all located in a small area, which can be covered during a one-day trip if you’re into that kind f stuff. 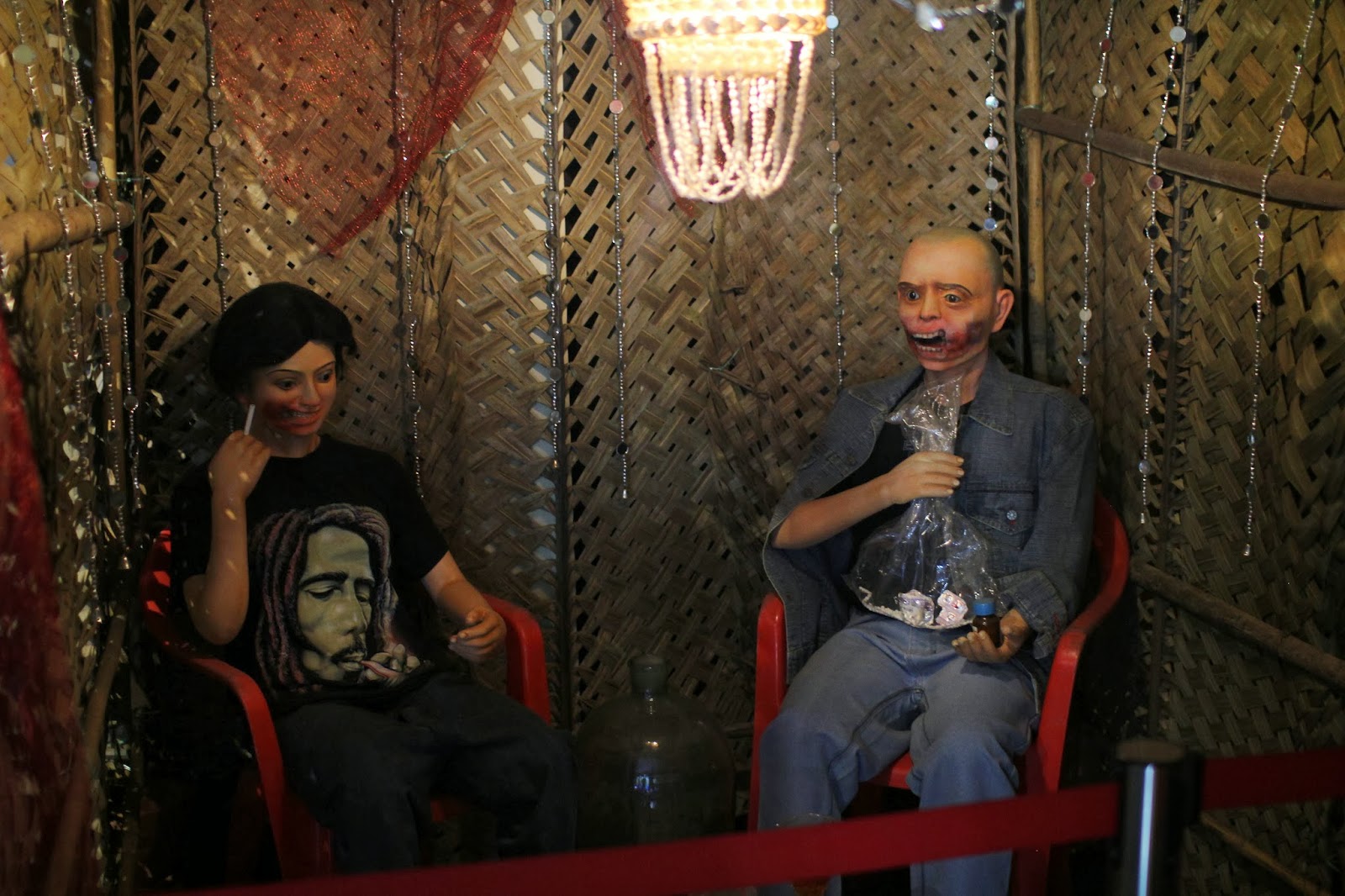 We must (but do not really want to) recommend Wax de Goa, a small wax museum located close to the Gandhi Circle, across the street from Bom Jesus Basilica. The 60 rupees experience was, how to put it nicely, interesting. There were a couple of rooms filled with wax dolls, quality ranging from not terrible to why-did-you-even-bother. The “tour” lasted about 15 minutes. It was lead by a young woman, rushing through the four rooms of the exhibit, telling us about the dangers of drugs and abortion (“It’s a crime and a murder and should not happen in our society”), corruption and smoking, right next to installations of Adam and Eve, Gandhi, Marie Curie, Einstein, some US pop stars, and you-name-it. We were not given a chance to read the labels, while the lady covered most of the tour by a simple “Do you know who Mother Theresa was? Good. Let’s move to the next installation” phrase, and looked obviously bored. Every now and then she dutifully said “You can take photos”, and stood aside with a huge sigh, as if it was the rudest thing of us to actually take the pictures. It felt weird especially since we had paid an extra 20 rupees for the permission to photograph. The whole thing smelled like something targeted to school kids on a school trip. I hope they at least get a group discount or something. In the end of the tour the woman looked obviously irritated after we firmly refused to buy anything from the gift shop. 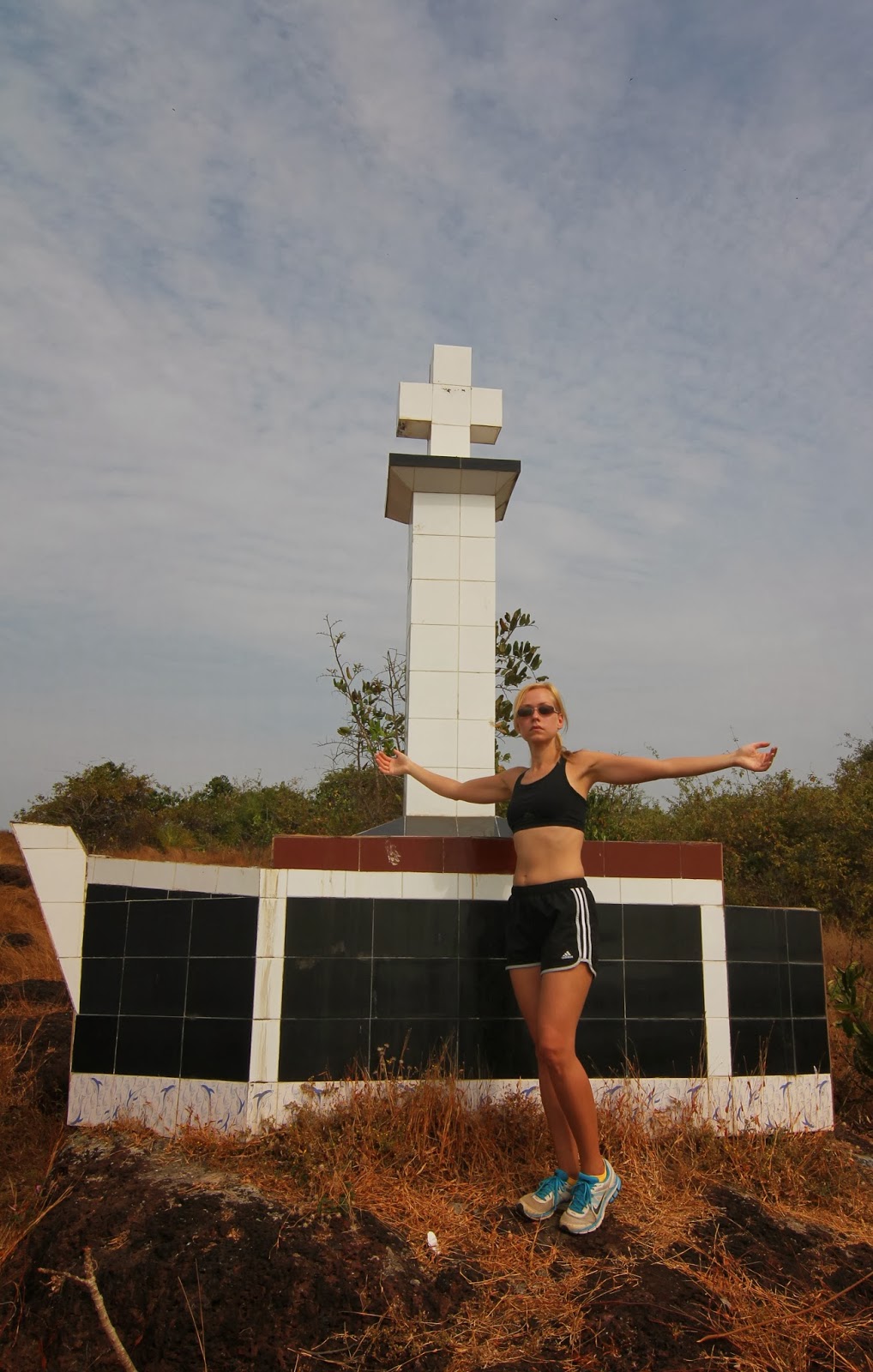 Very much doing nothing has happened since we finally arrived to Arambol Beach. We have mainly been experiencing the marvellous wonders of Mother Nature here. First of all, you know how dogs are supposed to be these stinky and needy creatures, and cats all beautiful and independent assholes? Well, somehow it has all been messed up at Goa; here the dogs make the most cute puppies, and don’t even posses that natural, doggy like smell, even though they’re wet from sea water all the time, whereas cats are just assholes. And sort of creepy, too. Crabs can behave very stupidly, like get lost, and bugs have shapes and sizes you did not know exist. Oh, and did you know that waves can basically eat your bikini?


Today we are flying from Goa to Bangkok, to spend the second month of our trip in Thailand. We could be expecting more beaches, warmth and cheap services, but based on our previous experiences during the trip, we are not; one can never know when a drop of mayonnaise comes between you and your plans...
Lähettänyt Emmi klo 21.57